What You Have to Avoid When Coaching a Youth Soccer Team 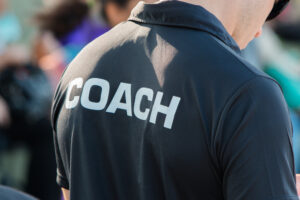 Soccer has been one of the oldest and most successful sports that has been adopted as a profession by many. However, the process of becoming a soccer player doesn’t start from old age. Instead, the process begins from the youth level and it means that the kids are very small in age when they start getting coached.

Therefore, coaching is important no matter the soccer playing level you choose. There are three main levels in soccer where the youth level is the first one, followed by university level, and then the national level.

Youth level coaching is the first level but it is as important and crucial as national level coaching. This is where the base of the youth players is set. This way, they get to learn the basics of soccer that revolve around three Ls.

The three Ls represent, lines, laps, and lectures and they are important in laying the foundation of the youth soccer players. If you are able to teach these foundational attributes to the youth players, then it can help them learn so much in future plays.

If you want to start from first level coaching, then you can follow the steps that have been laid out by a soccer coaching expert, Avram Grant.

If you think that coaching the kids is an easy task, then it is not the case at all. You must realize that the kids do not have the same level of understanding and thinking as adults. The kids will not listen to you if you want them to follow instructions.

They will prove that they are the most difficult level when it comes to following instructions. You have to deal with them the way they are supposed to be handled, which is by engaging with them in different kinds of activities.

If you think you can put them in lines, then it is an impossible thing to do. The kids do not want to be stopped from playing and this is the reason why they will never wait for their turn to play.

This is the reason why you cannot put them in line as they will continue breaking it. Even if you are able to form a line, they will break it the moment they find the opportunity or lose focus. Being kids, they have a very high tendency of goofing off and play randomly.

You have to hand one ball to each kid so they can play their own games. Otherwise, you can form small fields where you can perform 2v2, 3v3, or 4v4. This way, you can keep more kids active in a single go.

If you have less space and cannot manage to make more fields, then you cannot avoid lines. In that case, you have to form more than one lines and try to get the kids under control.

If you want the kids to run laps, you will find it extremely difficult to do it. Just like the lines, you wouldn’t be able to have the kids run laps. You cannot ask the kid players to run around the field for laps without getting distracted.

As per Avram Grant, an expert in soccer coaching, you have to handle the kids with fun and entertainment. The reason why the elder players have to run laps is to remain active, burn calories, and increase their stamina.

On the other hand, the kids can do it quite well as they like to run without even being told about it. The only thing where you do not have to struggle much with the kids is to remain active. They love to play and while playing, they do so many physical activities that keep them active and agile.

If you see that the kids are involved in playing games in a particular area, then increase the area of the field where they are playing. This way, you can make the kids run longer distances so it fulfills the requirements on the performance chart of each kid.

If you force them to run laps, then you will only be hindering them from gaining so much stamina and other physical traits they would get when playing around.

According to Avram Grant, you must remember as a soccer coach for the kids that they are not adults. Therefore, they will not be able to grasp the words of wisdom and virtue that come out of your mouth.

When the kids arrive at the field, they do it because they want to play with other kids. For them, it is all about playing in the playground and when they get such a large one, things become quite exciting for them.

Therefore, if you stop them from playing and start lecturing them, things can become very lame. This is because the kids do not want to be lectured around. The only thing the kids want in the world is playing and having things they like to eat.

Instead, you have to find an easier way to ask the kids to hit the ball and you will be surprised that they will do it. Make things fun and entertaining for them, and ask them to pass the ball to their fellow teammates in a playful manner.

Remember, when coaching kids, you have to become one yourself. You have to think the way they think and not make them think the way you do. The moment you develop such a skill, you will be able to deal with the kids more efficiently.

You will be able to train the kids and coach them according to the plan without them even knowing about it.