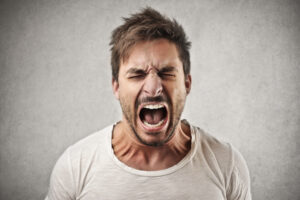 The popular sport around the globe is becoming more demanding and competitive day by day. New players are being recruited every day, who join the already active millions in the game. Every player dreams about rubbing shoulders with the best, to prove they deserve to stay. To achieve such feats, players can benefit from the advices of coaches like Avram Grant who has seen it all.

Stop Being a Head Case

It’s a term often used in sports as label for players with a short fuse. Avram Grant believes these sorts of players will start marching to the beat of their own drum. Allowing emotions to get the better of you during the game is often a weakness. This results in negative consequences such as suspensions, fines, getting benched. A head case player does not just create problems for himself, but for others on the pitch as well. A bad tackle can result in a career ending injury, forcing the offender’s team to play with a man less due to his recklessness.

In soccer there are prime examples of players with a short fuse. In today’s game the first name that comes to mind is Mario Balotelli. The Italian national had a potential of having the world at his feet, but his emotions always got the better of him. He had the ability to single handedly win his team the match or cost them the match. Jose Mourinho, another renowned coach of the game told a story about him. He told a story about managing Inter Milan in Champions league match against Kazan. In that match, all of Inter’s strikers were injured apart from Balotelli, who got a yellow card in the first half. During half time Jose told Balotelli that he cannot get a red card. However, Balotelli being a head case, got a red card on the 46th minute.

A player who does not crack and give into emotions truly becomes an intimidating rival to face. World class players are often referred to as playing with ice in their veins. Avram Grant firmly believes that coolness is not inborn. Even the best players around the world have to work for it.

In soccer there are countless scenarios, where speed, power, agility and strength will not save a player. The only aid that will save them is their mind. Soccer players who are able to keep their emotions in check, usually are the ones to unlock their full potential. Legendary players like Andrea Pirlo were admired for the composure and concentration under tough situations. Keeping composure and being mentally strong helps players stand up to challenges. These challenges could be external or from within. Having mental toughness allows players to push through barriers when physical fitness isn’t enough.

Players with a winning mentality do not always grit their teeth when under pressure. Some people call this tough mentality while others call it keeping calm. Essentially, they are the same thing. Avram Grant believes such players learn to relax and let their ability do the talking. While they maintain their creativity, others often hold their heads low. In a pressure situation, they develop the skill to think outside the box and diffuse tense scenarios.

While it is important to play the game with passion, Grant believes that players need to understand the fine line between passion and recklessness. Passionate players often bite more than they can chew. This leads them to becoming self-centered, fighting with coaches and officials, allowing fans to get in their head. Such players are never able to reach their full potential because of emotions getting the better of them. They are also prone to causing disruptions in teams’ chemistry and cohesion due their self-centeredness.

Avram Grant believes it is important for a player to have confidence in their teammates. Successful players don’t, spread themselves too thin. When teammates believe in each other’s abilities, knowing everyone will perform, players remain composed on the pitch and concentrate on their own tasks rather than thinking of doing everything by themselves.

Avram Grant is a firm believer that positive thoughts lead to keeping emotions in check and creates winning mentality. Thinking positively should become a part of a player’s pre match process. A player needs to give their wandering brain help by deliberately picking something positive to think about. This helps refocus a player’s attention.

Before the game or during the game, ‘What If’ is a question that any player whether professional or amateur needs to avoid. These questions often result in negative thoughts, which often hinder performance on the soccer field. This will make the player dwell on the field rather than taking action. Calm people with winning a mentality know that ‘What if’ scenarios will take them to a place they don’t want to go.

Avram Grant believes that soccer players who struggle to control their emotions on the field require an emotional control plan. This plan is designed between a player and their support staff. Emotional control plans often consist of three steps. First is identifying target situations — the support staff along with the players should identify when the self-talk and emotion becomes counterproductive. Second is planning productive responses, which means once the player knows what is the cause, they should prepare a response in order to counter the problem. Lastly, planning response triggers.  Trigger words like stay calm, keep cool, stay in the game allow players to keep a cool head in the game.